With the latest (free) Apple update Apple Mac operators are AT LAST able to view my book 'The Enchanted Orchid' right on the DESKTOP. Apologies for going a bit commercial and sorry that the download from iTunes will cost you about 10 bucks but it IS a good read and the photography reproduction is devastatingly good. Even if you are not into orchids it could be a great way of solving Christmas gift giving if you have orchid mates with a Mac. 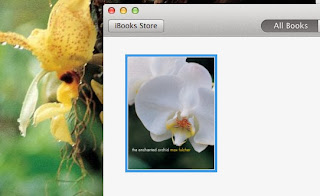 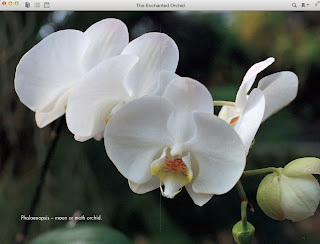 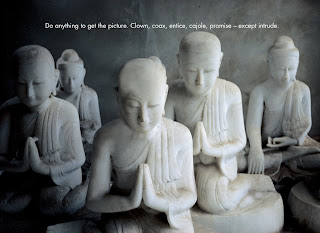 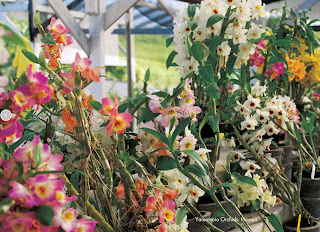 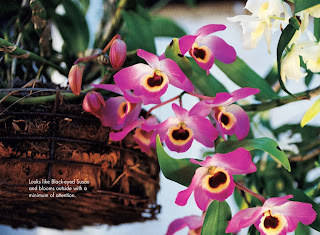 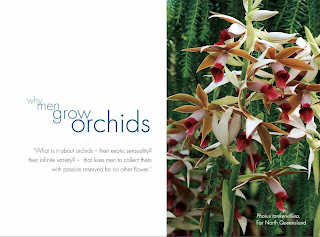 Posted by Unknown at 5:47 PM No comments:

catchup on the orchid front

Posted by Unknown at 3:17 PM No comments:


Can't imagine that the Wattlebird is after nectar in the pink flowering Gum Tree. Maybe he is chasing down small insects. This is the 82nd in my Birds-n-Bush portfolio.
Posted by Unknown at 10:42 PM No comments: Worked right through the night on this one. Wanted to catch it while the bloom was still on the plant. Back to bed. Oh well, there goes Tuesday. Not sure if it's missing something. Probably a bird or two. Shall find out when I take it over to the printers later this week to see the final, in hand – adjustment is a breeze on the Mac. Set against a golden cane palm, the orchid is Dendrobium pierardii and the hoya (Hoya nicholsoniae) is from northern parts of Queensland, Paupa New Guinea, and the Solomon Islands. Via Flickr:
Tiny nectar eating Sunbirds and cadium coloured Dendrobium orchids share like climates. The Olive-backed Sunbird found in northern parts of Australia is a small nectar-eating member of an enormous and even more colourful family that reaches into South East Asia, the Indian subcontinent and right across Africa. The orchid (Dendrobium densiflorum) universally described as 'one of the Indian Dendrobiums' flourishes in temperate to sub-and-tropical zones worldwide. The idea of illustrating them together began way back in 2010 in stops and starts, when I grew 'Indian' orchids in profusion in the Noosa hinterland. Yesterday, in a rush of hours and well into the evening the subject s finally came together. A sunshine thought to welcome spring.
Posted by Unknown at 11:19 PM No comments: Palm Cockatoo in Pandanus, originally uploaded by maxful.
You must travel to Far North Queensland, New Guinea, and parts of Indonesia to see these incredible birds in home territory. It's worth the effort because your encounter with Palm Cockatoos is never forgotten. A powerful vocal range, from ear shattering call to incessant sweet chatter, almost convinces the bird is speaking to you. Top-heavy headgear and an massive wingspan in flight are all part of the heart-stopping moment.

Once, just once, in FNQ I shared this marvellous experience. Just out of camera reach the pair became a series of quick diary sketches. Not as shiny black as, say, crows and ravens, the birds appeared to have a sooty, charcoal colour. But how do you capture nature in a mere illustration. I chose to place them in Pandanus, whose fruit and nuts are hardly competition for such impressive beaks.
Posted by Unknown at 9:19 AM No comments:

maxful's photostream on Flickr.
My attempt to render a pair of male Birds of Paradise dancing for their lady's attention is prompted by a stunning film clip bit.ly/ZI3hjz by Tim Laman and Ed Scholes. The men journeyed for a decade into New Guinea and the exotic world of birds-of-paradise. Much has been documented on the dazzling courtship antics of the male birds, not a lot on the female. As I have not observed these amazing birds in their natural habitat it may have been unwise to imagine them in a surround of native Lilly Pilly. Though a fruit-eating species, I suspect these lovely creatures live in dense and deep-dark tropical rainforest. The Syzygium oleosum is from the Noosa area in South East Queensland.
Posted by Unknown at 5:48 PM No comments: