Luck in the Logans 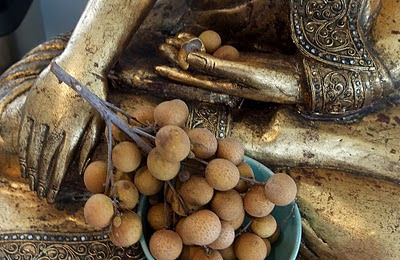 Chinese New Year has entered Queensland with a bang! The state is 70% in flood, cyclone YASI (the biggest in 100 years) has wreaked havoc and destroyed all the fruit crops. I'm keeping a goodly supply of lucky Longans in house in case other disasters come knocking. Chinese people say Longans are 'lucky fruit'. They are certainly delicious.
Posted by Unknown at 10:14 PM No comments: 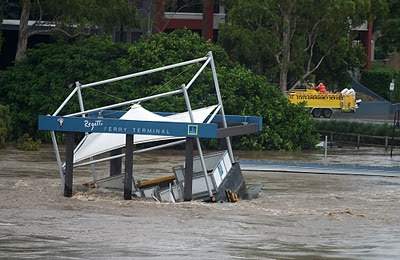 On January ten Mother Nature threw Brisbane a broadside. I was in the middle of celebrating my seventy sixth birthday. Some birthday present. We watched horrified as Rockhampton on the Central Coast went under, not realising what was to come our way. Then it slowly started to dawn on us as the pictures and news radio forecasts changed. Toowomba fell. Then the Lockyer Valley. Suddenly the gigantic Wivenhoe that dams the upper reaches of the Brisbane river was overflowing and running at 180%. One hundred and eighty percent. Unheard of. Two or three Sydney Harbours of excess water passing our front door every 24 hours. The flood from six stories up.
Posted by Unknown at 9:35 PM No comments: